WHO IS SURF DOG RICOCHET

But, when she won third place that day, new thoughts of what she COULD do came to the forefront.  The presumed dead end became a journey of infinite possibilities when Surf Dog Ricochet found her doggie destiny. Several weeks later the final decision about releasing her from her service dog role was made.  The idea of becoming a SURFice dog was born that day on the beach during the contest, and we're forever grateful to Purina for inviting Surf Dog Ricochet to be one of the surf pups in the contest!  Talk about new (doggie) doors opening!! ​

Surf Dog Ricochet's first tandem surfing adventure was with Patrick Ivison, a quadriplegic adaptive surfer. The first time they surfed, the plan was to surf the same wave, but on their individual boards. They did that a few times, but then one time when they reached shore, Surf Dog Ricochet took a leap of faith (literally), and jumped off her board, and onto Patrick's.  ​​

Some of the dog surfing contests held fundraisers in conjunction with their events, and Surf Dog Ricochet was always the top fundraiser. She also surfs for fun, but her passion is surfing with purpose... focusing on people with disabilities, and kids with special needs in a non traditional way!

​In addition to Ricochet's surfing, she's raised more than $1 million dollars for over 250 different human & animal causes. She also inspires people to allow themselves and others to be who they truly are... without judgment or intention to change.  To focus on what they CAN do, which allows for a celebration of pawmazing outcomes!  She promotes staying true to yourself, anti-bullying, kindness, charity, philanthropy, and social responsibility.

​Ricochet also inspire millions of people with her SURFice dog® video, which went viral and has over 14 million views on
​YouTube and Facebook! ​
​ 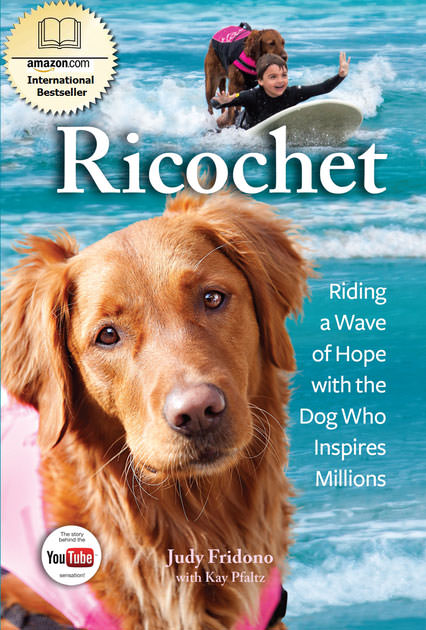 Ricochet is living proof that if you let go of your expectations, and let others be who they truly are... it may turn out better than you could have ever imagined! If you have a dog... a cat... or any other animal... or even a human, please give them a chance! Give yourself a chance... live your life true to yourself, and not the life others expect of you.
​ 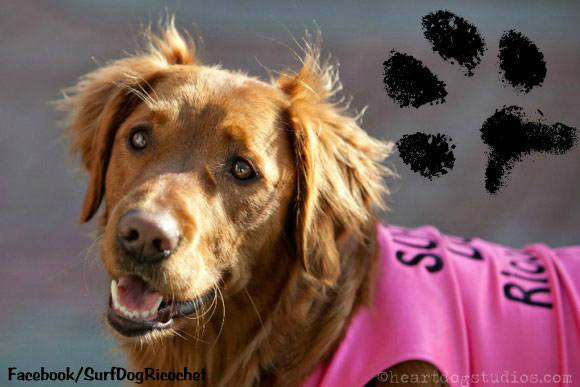