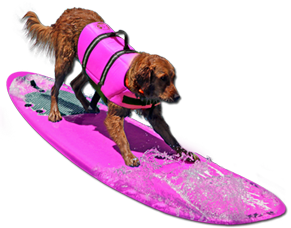 ​Ricochet is one of the original San Diego surfing dogs that started with the whole dog surfing circuit. She entered her first competition when she was 15 months old. She competed for several years and typically placed in one of the top three spots. Be sure to visit our Surf Dog Competitions page to see all the different contests, plus the ones that Ricochet won. Also included there are current contests, as well as some throw back dog surfing contests that changed their name, or aren't in existence anymore. ​​​
Click here to teach your dog to surf

Most dogs on a surfboard
17 dogs


During the Loews Coronado Bay Resort Contest, 17 of the canine competitors crammed themselves
​onto a single long board, setting the new world record for the Most surfing dogs on a surfboard at one time with a human.​

This contest is held in Huntington Beach, CA. It benefits six different animal charities. In 2009 (their inaugural year), they invited Ricochet to be a charity partner. That's when she was fundraising for Patrick Ivison, the 14 year old boy who was run over by a car when he was a toddler and became quadriplegic. In addition to raising funds, Patrick and Ricochet also did a tandem surf demonstration. In 2010 and 2011 she was invited to again be a charity partner, and this time she fundraised for canine cancer.
​
2009
1st Place Large Dog Heat
2nd Place Large Dog Finals 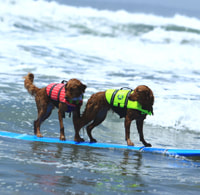 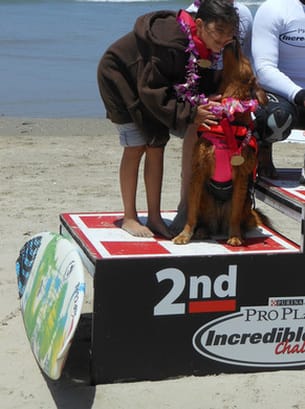 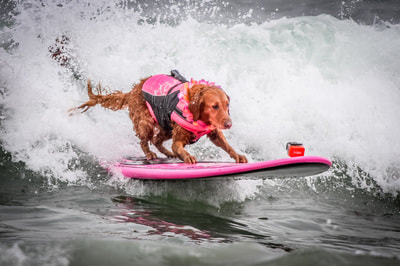 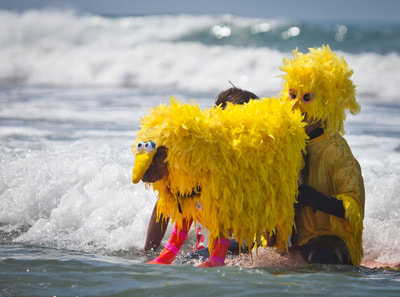 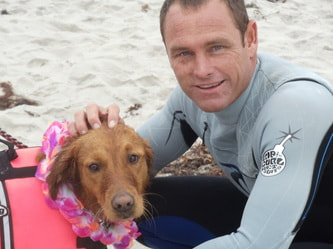 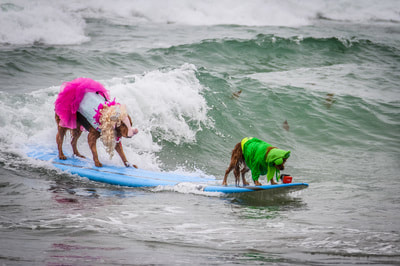 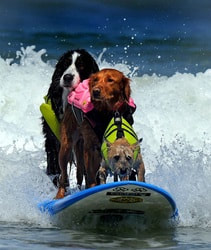 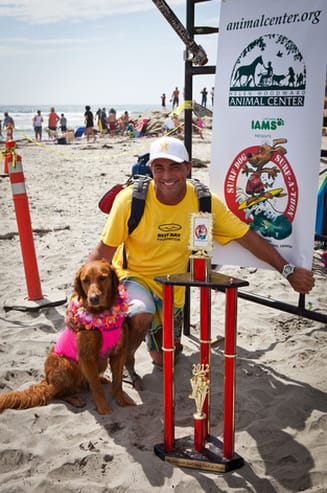 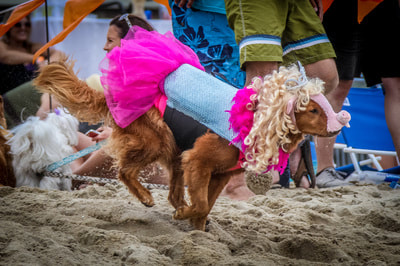 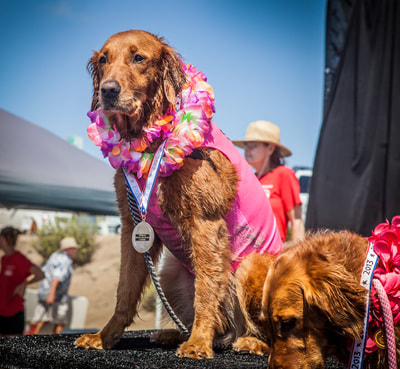 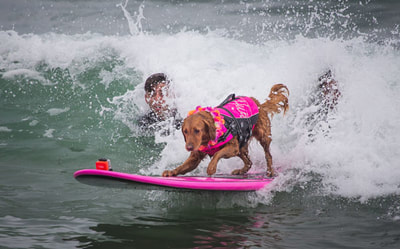 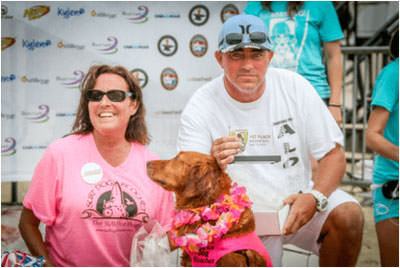