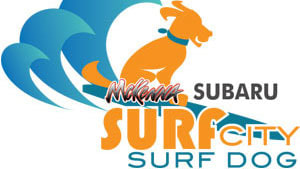 The Surf City Surf Dog competition began in 2009. At the inaugural event, Ricochet and Patrick did an expression session and surfed tandem in between surf heats. Ricochet was also a charity partner for a couple years.

Heats are based on dog’s weight and include owner launched and handler launched categories. A shredders division and tandem heats are also part of this event.

Surf dog competitors have twelve minutes to catch their top five waves. They will be judged on confidence level, length of ride and overall ability to ride the wave.

Be sure to visit our​ ​Surf Dog Competitions ​page for contests all over the world! 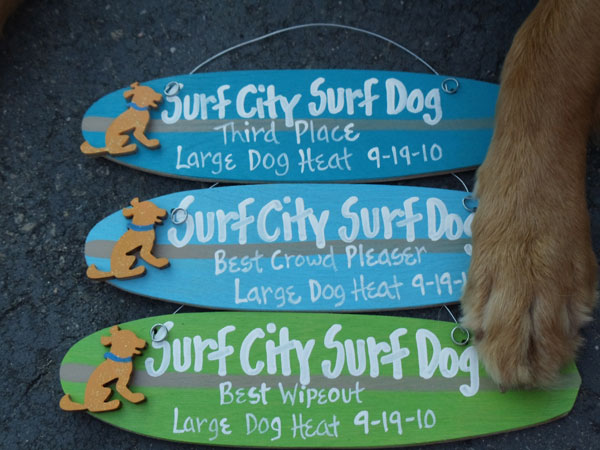