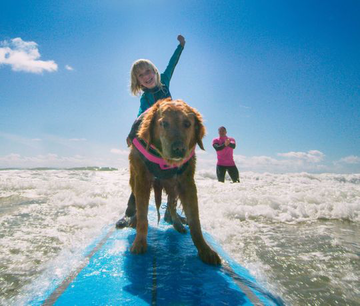 ​Sensory friendly showings are in 2D, so no special glasses are necessary. The lights are left on, and the sound turned down.  There are also quiet rooms if needed. ​If you're a surf therapy organization, or the parent of a child with autism or other special need, and would like to see the film in a sensory friendly theater, please email [email protected] or go to https://www.surfdogricochet.com/sensoryscreenings.html for more info.
​

The film, narrated by Chris Evans (Captain America), takes audiences on an immersive IMAX® adventure around the globe to experience the life-saving superpowers and extraordinary bravery of some of the world’s most amazing dogs. These remarkable dogs save lives through rescue missions, emotional support, and sniffing out crime.

To learn more about the surf therapy and emotional healing that is highlighted in the film, go to our Waves of Empowerment page. 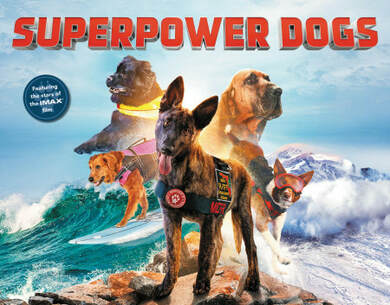 ​Click here to get the Superpower Dogs picture book!
Want a pawtographed sticker of Ricochet's paw?
​Donate $5 or more and you can get one for your book!
As Halo discovers her superpowers we meet some of the world’s most amazing working canines including avalanche rescue dogs in the Canadian Rockies, Bloodhounds in Africa who are helping to protect elephants and rhinos from animal poachers, water rescue dogs on the Italian Riviera, and a Golden Retriever from California called Ricochet who heals children by surfing with them.
​

​SURF DOG RICOCHET HAS BEEN CAST IN A 3D IMAX FILM CALLED
SUPERPOWER DOGS... JOIN HER AS SHE TAKES YOU BEHIND THE SCENES!

Her segment focuses on her Waves of Empowerment program that connects veterans with PTSD
and kids with special needs for a day of canine-assisted surf therapy and emotional healing.

Click here for KUSI's coverage of the filming
Surf Dog Ricochet, the surfing sensation, who is also a registered and certified therapy dog, is set to star in a new film entitled​ “Superpower Dogs”. The film will bring extraordinary dogs to life on giant IMAX screens. Ricochet’s segment included two days of filming at the beach, and one day at Balboa Park. The film is scheduled to be released in March, 2019. 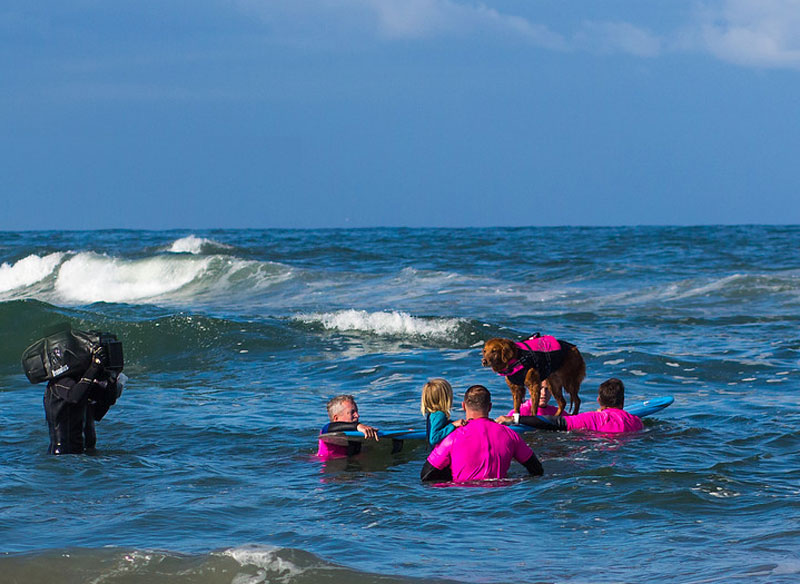 The film is aiming to be the best movie ever told about extraordinary real life dogs who save lives,
protect us from danger and make our world a better place. The featured canines include search and
rescue, avalanche rescue and water rescue. Dogs that sniff out wildlife poachers in Kenya will also
​ be highlighted. These dogs rescue people from physical trauma.
​ 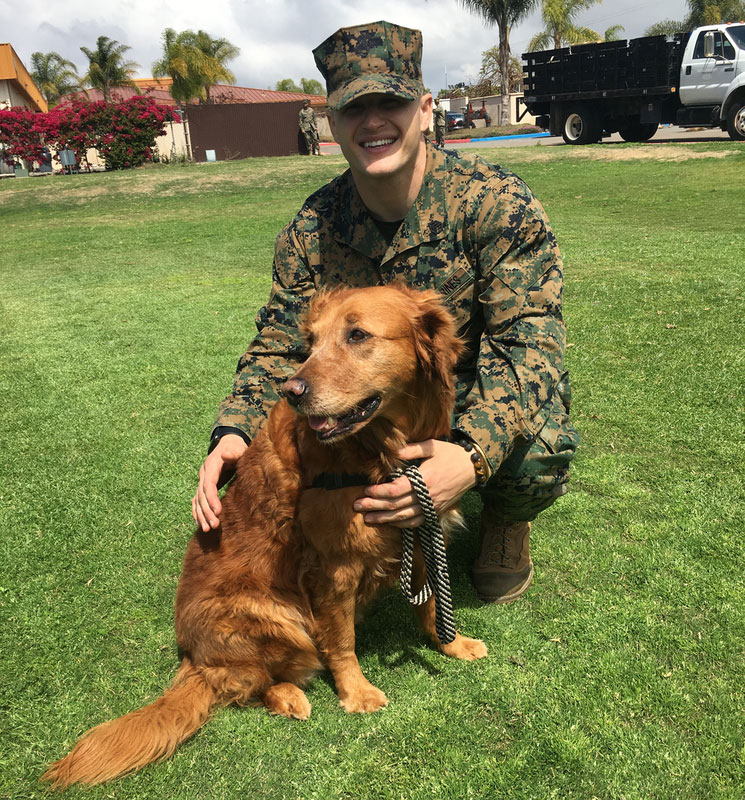 Surf Dog Ricochet, on the other paw, rescues people from emotional trauma, such as PTSD. Every 65 minutes
a veteran with PTSD takes their life by suicide! It is because of these staggering statistics that Surf Dog
Ricochet is participating in the film. Her hope is that more light will be shed on our military war heroes
​who are suffering in silence, and how much dogs can help in their recovery. ​
​ 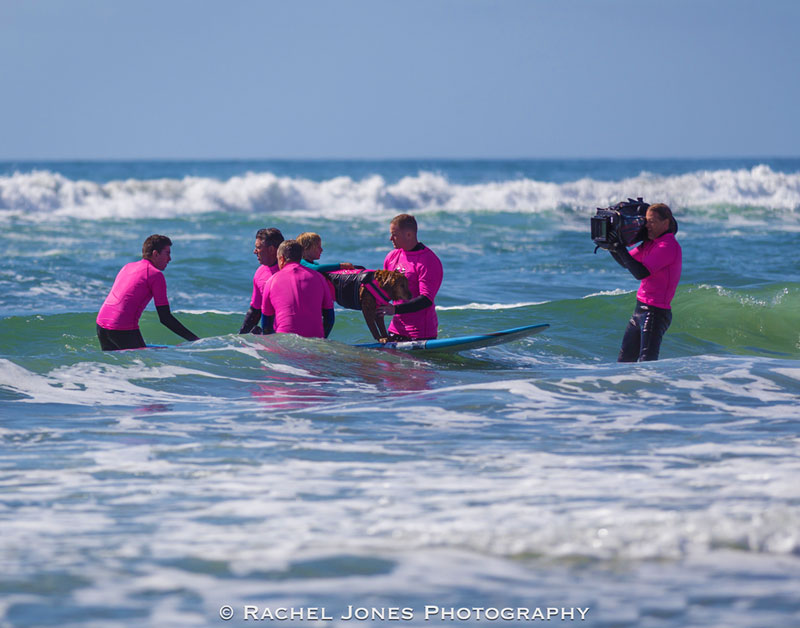 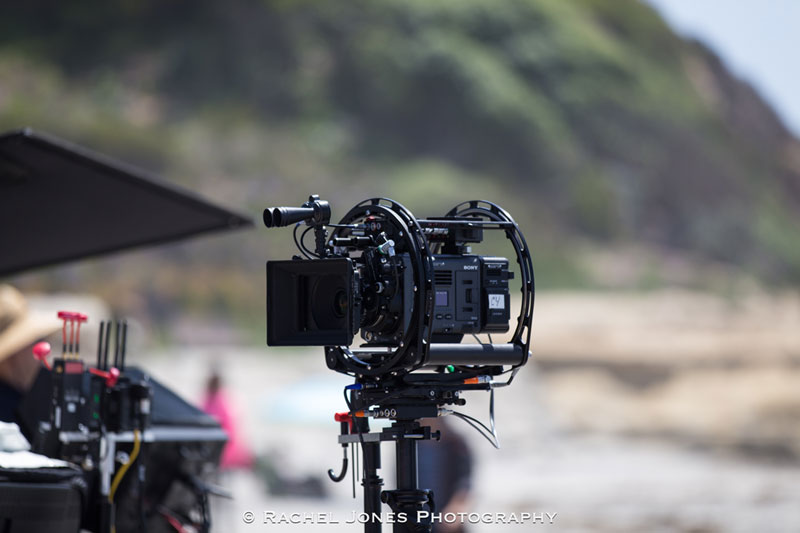 The movie will utilize 3D cameras and computer graphics so that audiences may experience
the world through the eyes, ears, and nose of a dog. ​
​ 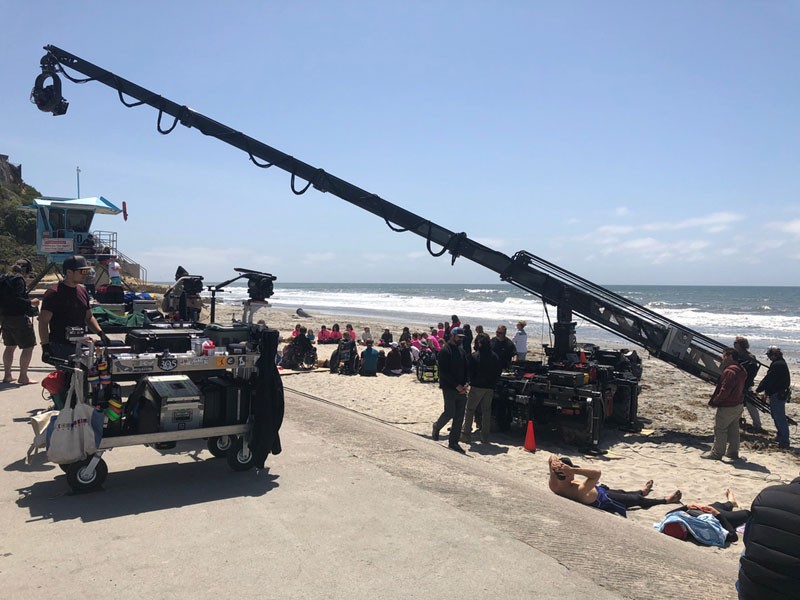 The IMAX camera is attached to the end of a crane that swivels 360 degrees.
​ 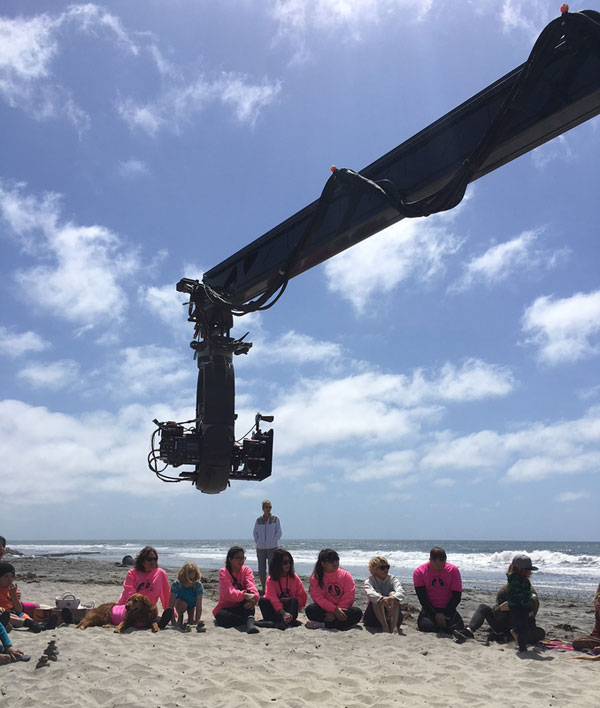 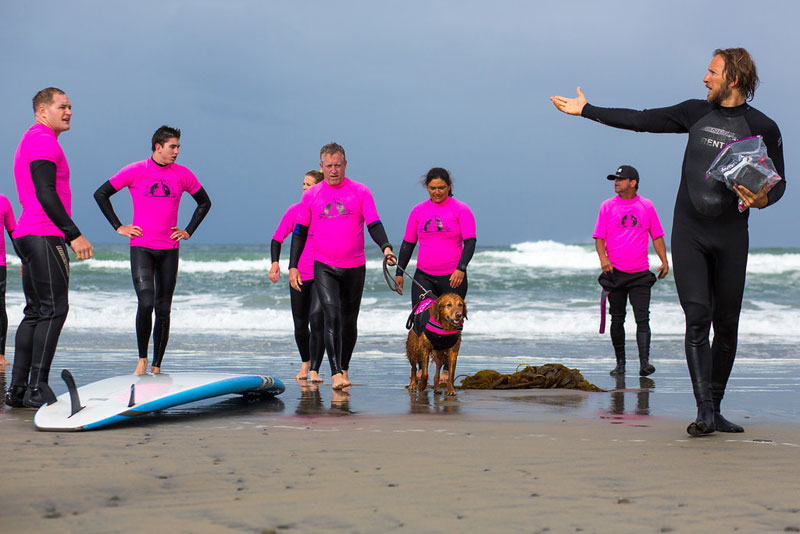 The director donned a wetsuit and got in the water to capture “that perfect shot”.
​ 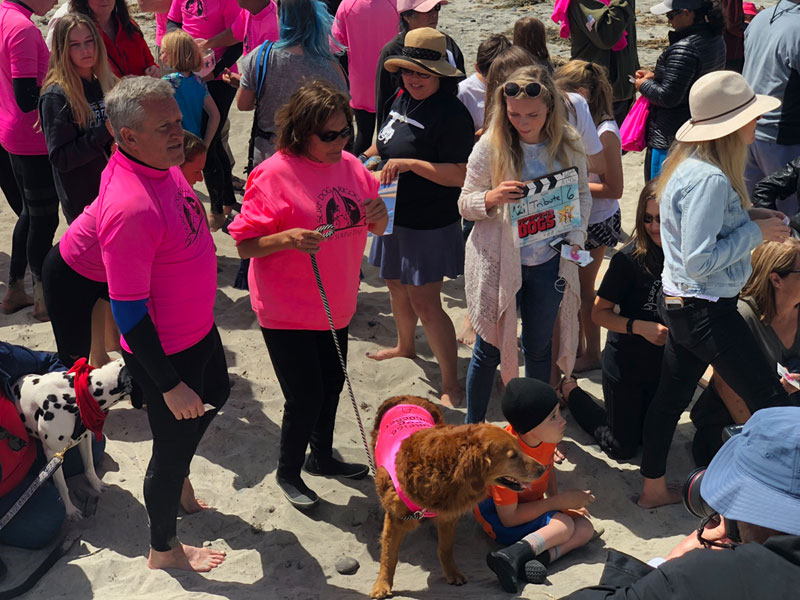 All the "extras" on set were kids, families and the water team that have
​been on Surf Dog Ricochet's journey over the last 10 years. ​
​ 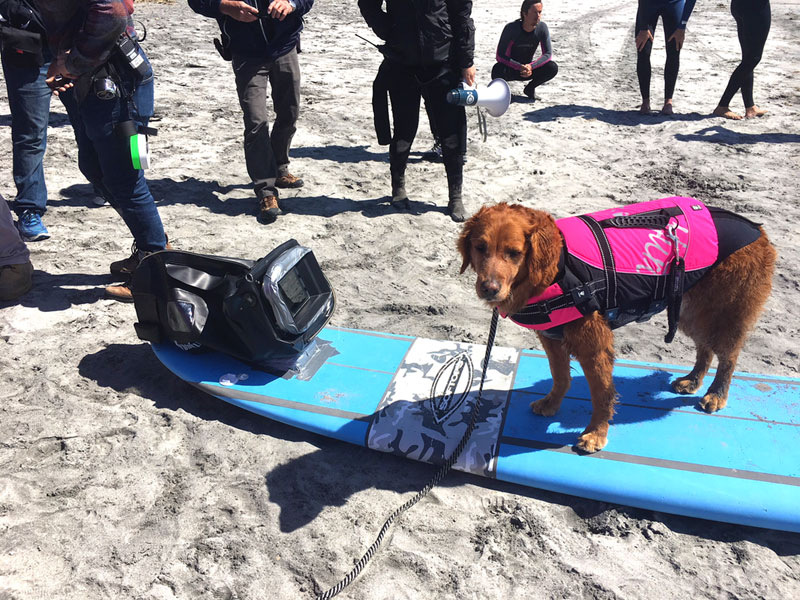 ​An IMAX version of a GoPro was mounted to Surf Dog Ricochet's Surftech surfboard.
​ 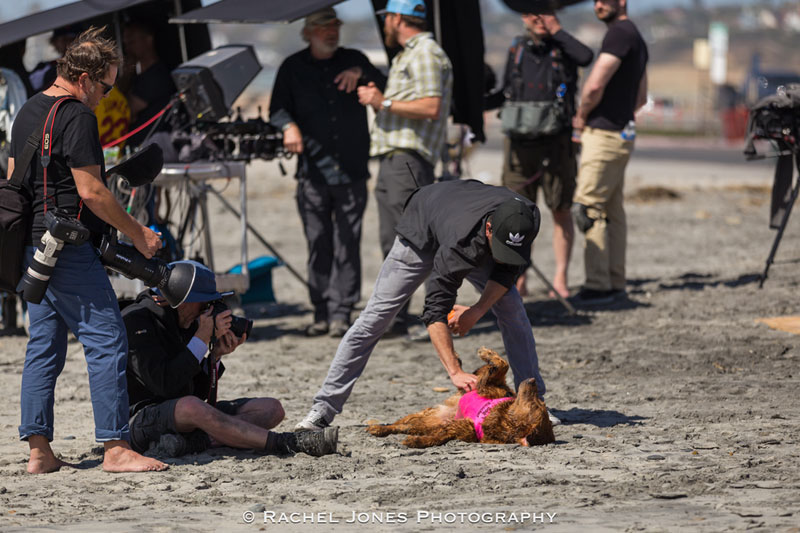 This production assistant now has “belly rubs” in his job description!
​ 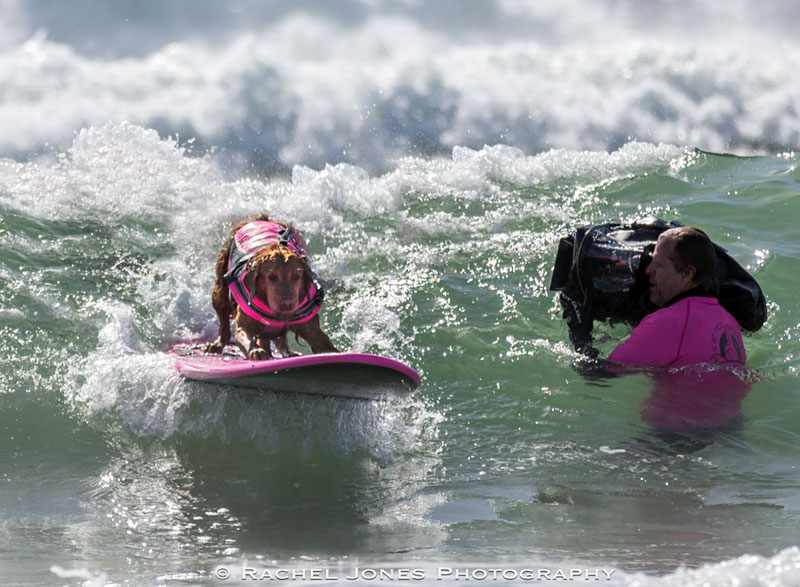 Get ready for this 3D cinematic experience as Surf Dog Ricochet surfs right into your seat!
​

Surf Dog ​Ricochet’s story of profound emotional healing will be told through the experiences of Staff
​Sergeant Persons B. Griffith IV (Griff), a Marine combat veteran with PTSD, her guardian, Judy Fridono, and two
​ seven year old boys, Kennie Alvarez who has autism, and Logan Powell who has sensory processing disorder.
​ 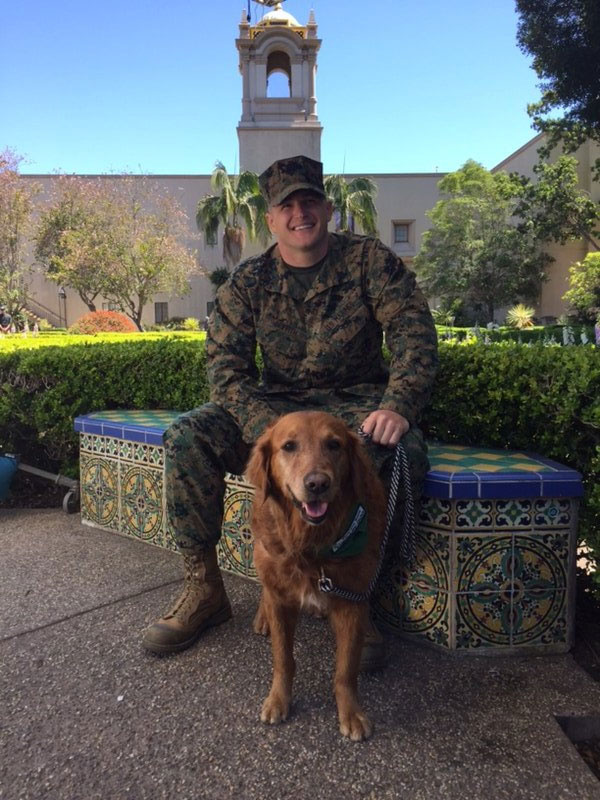 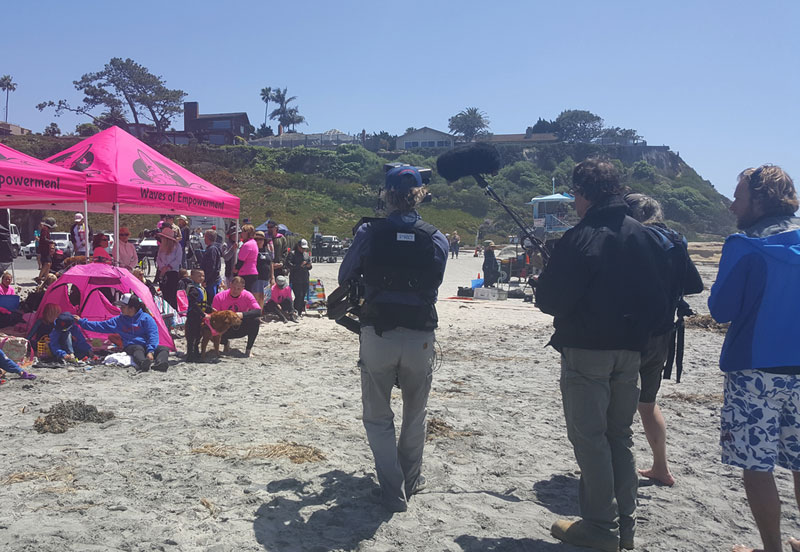 ​After the clinic ended, Griff volunteered for Surf Dog Ricochet’s Waves of Empowerment program. An all-inclusive initiative
​that connects veterans and kids through the challenges they face… taking them from the battleground to the playground.
​ 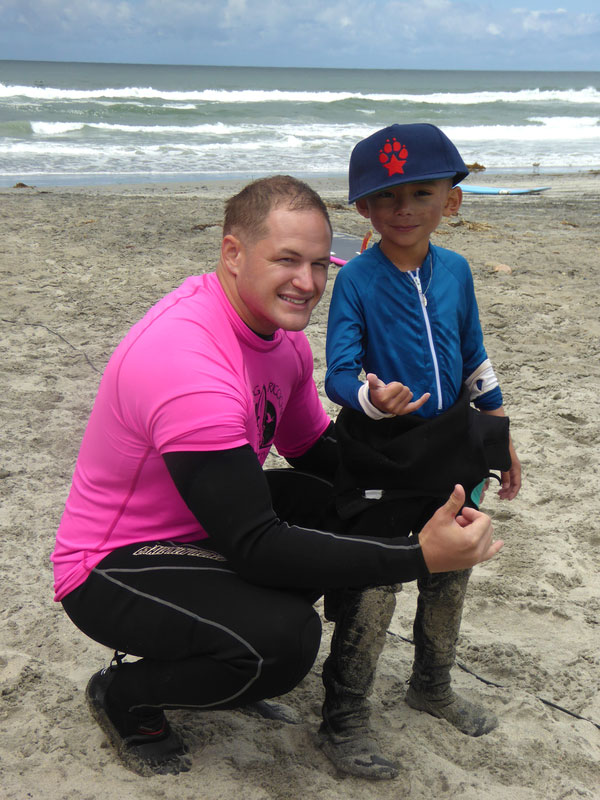 Each veteran becomes a mentor, and is paired one-on-one with a child for a day of paws-on healing
through canine-assisted surf therapy, and other empowerment building activities. It has been found
that being of service to another individual provides a sense of self-worth as well.
​ 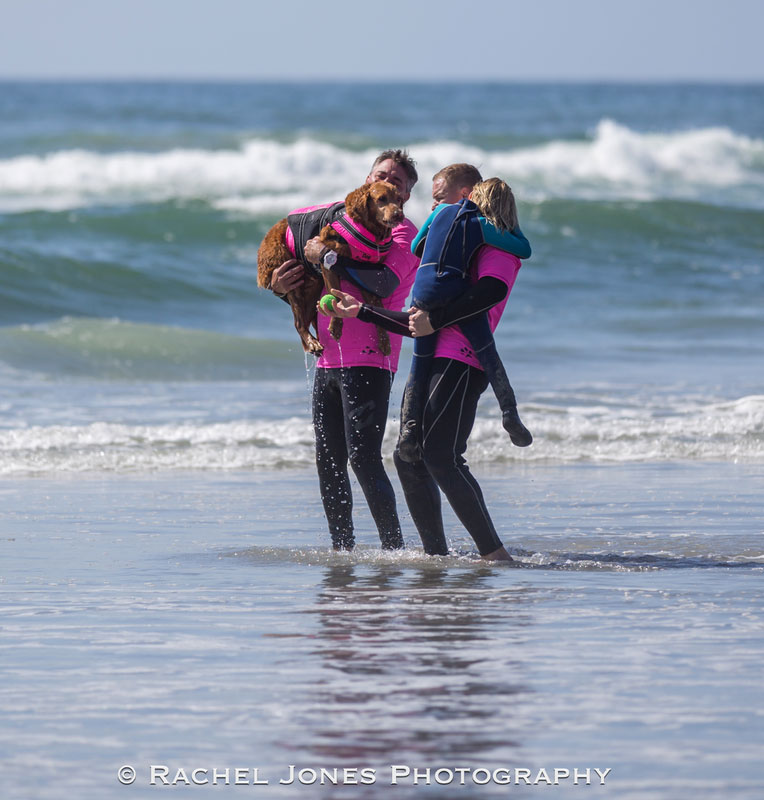 Confidence, trust and empowerment become the cornerstone of the surf session.  ​
​

To that end, Griff gains new purpose by mentoring and encouraging Logan and Kennie to surf with Ricochet. ​
​ 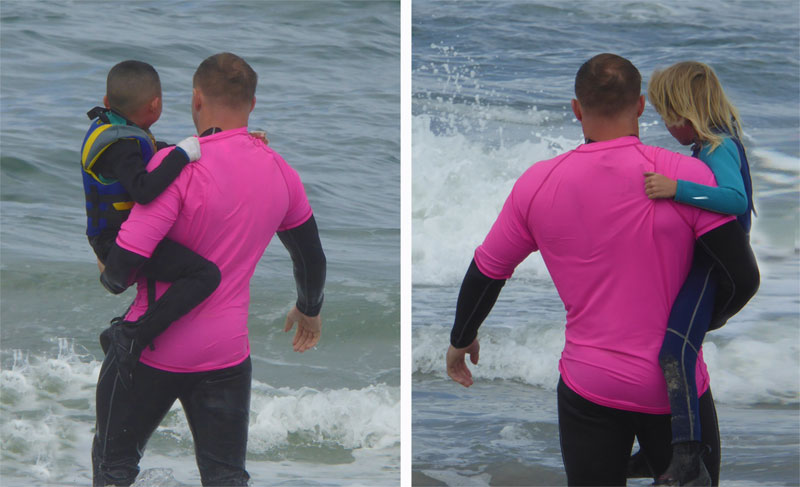 ​The boys also benefit by gaining their own personal hero as they become more confident, social and of course, empowered!
​ 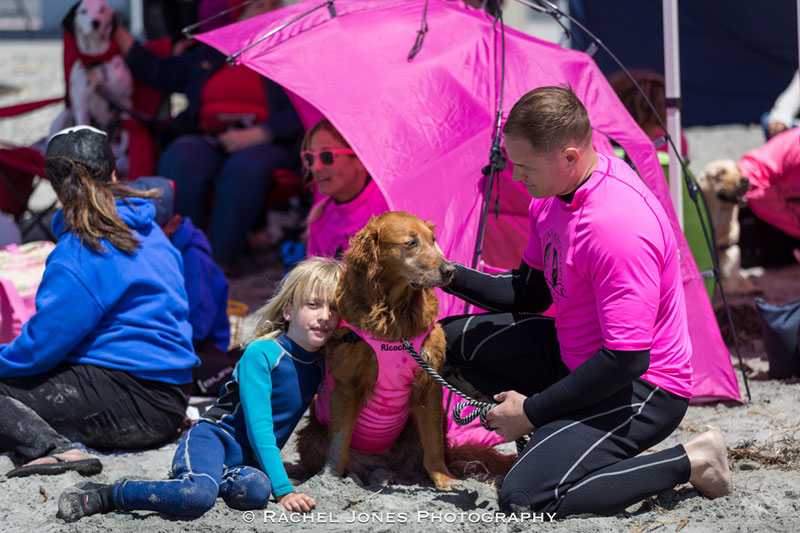 As Griff and the boys interact, it becomes clear how much more alike they are than different. These young
boys and this marine… held hostage by their inner turmoil. All three battle an invisible challenge. And
while scientists and specialists don’t always know what could help, Ricochet always does.
​ 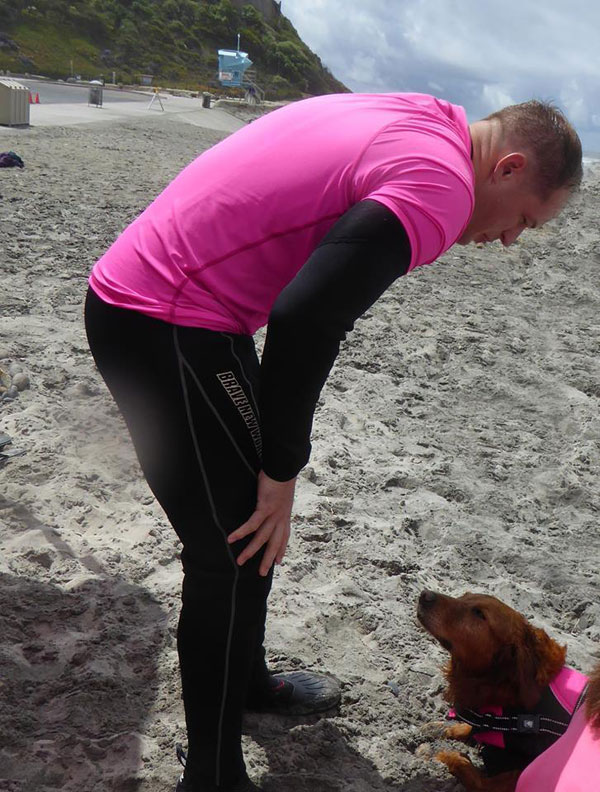 For example, when Ricochet senses Griff's anxiety, she initiates eye contact which releases
oxytocin, a hormone that acts as a neurotransmitter in the brain to reduce stress and anxiety. ​ 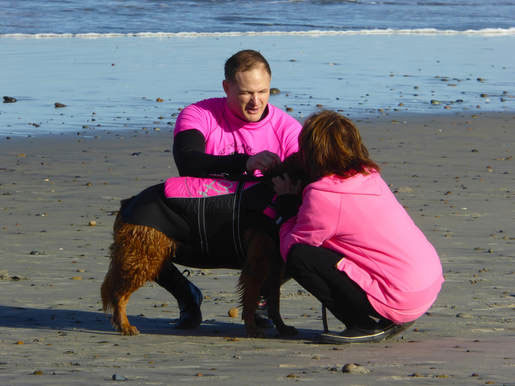 Surf Dog Ricochet’s segment also chronicles the subtle and not so subtle behaviors she uses to
communicate Griff's physical or emotional distress. Fridono interprets the behavior, and Griff validates it.
​
This three-way communication helps Griff identify deep seated emotional trauma which he
​ addresses with his therapists. As a result, his healing process advances more quickly. ​
​ 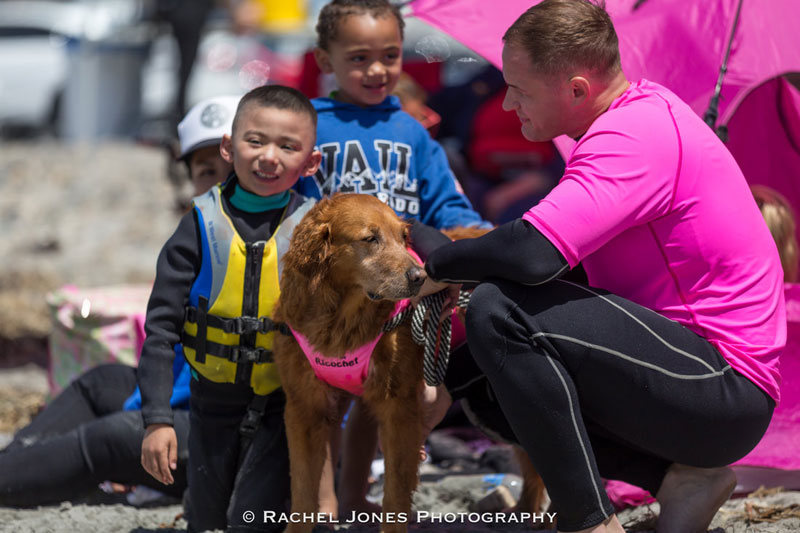 Because the filmmakers were able to capture raw emotion from Griff, and corresponding behaviors from
Ricochet, you’ll be able to see how she acted like a mirror, reflecting back his feelings, while displaying her
​empathy and intuition. This is how she detects and alerts to his triggers, anxiety and stress. ​
​ 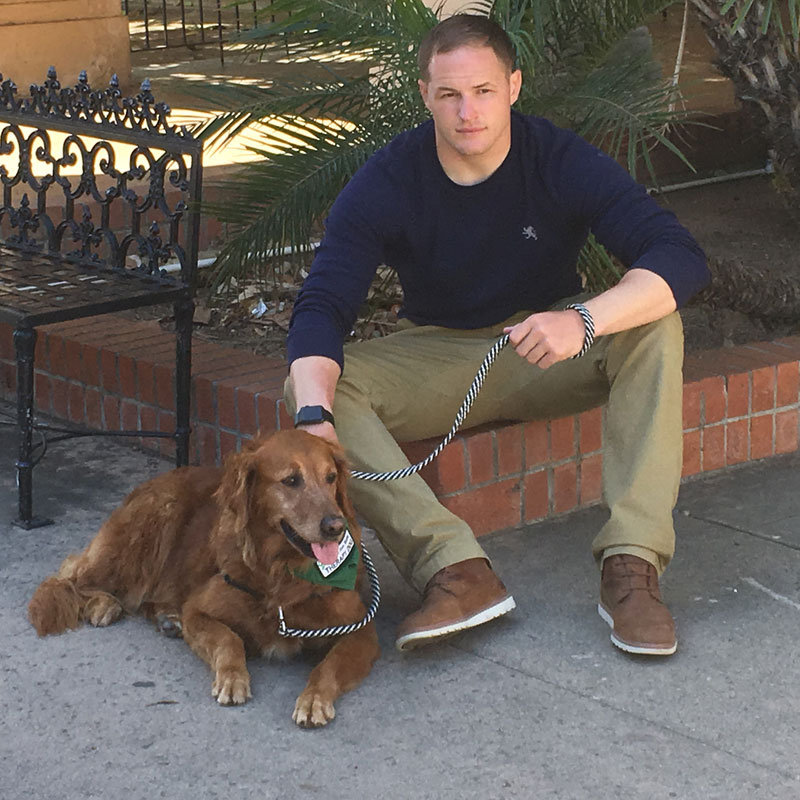 You’ll also see how she took responsibility for Griff, and prevented him from going in to situations that were
​ overwhelming for him. She was able to avert panic attacks, melt downs and other anxiety provoking behavior. ​
​ 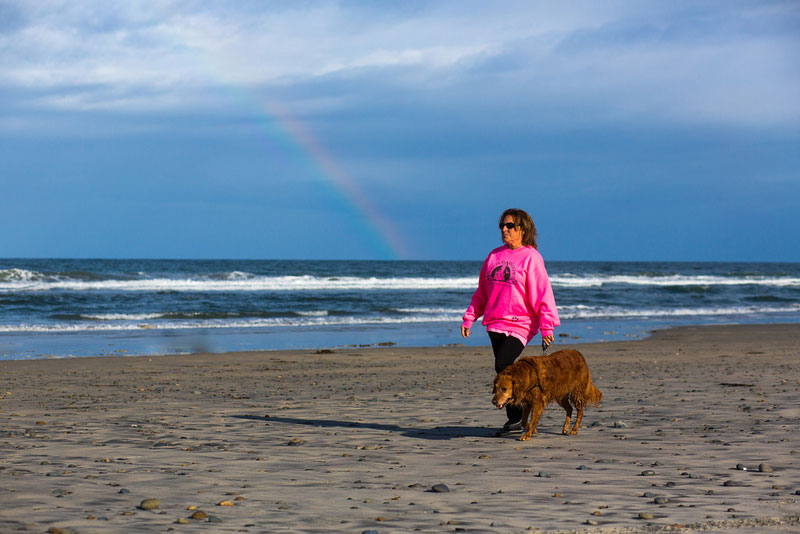 It's Surf Dog Ricochet's wish that her segment will be the catalyst that gives hope to veterans with
PTSD who are suffering in silence or contemplating suicide, as well as anyone else who is faced
with emotional, physical or cognitive challenges.

Fridono believes all dogs have these healing powers. Unfortunately, we often misinterpret their cues as
bad behavior. In doing so, we miss the magic every dog is capable of. Her hope is that others will gain a
​ better understanding of the sentience of dogs, and how they are always communicating with us… we just have to listen.