​​​​Ricochet knows things. I don’t know how she knows them, but she does. I call it intuition, but I'm not really sure what it is. Maybe it's her sense of smell and she's able to distinguish a change in a person's cortisol level (a hormone released by the adrenal glands when a person experiences stress, anger, anxiety, fear, etc).

​Maybe it’s some psychic ability. Or maybe it's some other mystery that scientists haven't discovered yet. All I know is that she knows things! 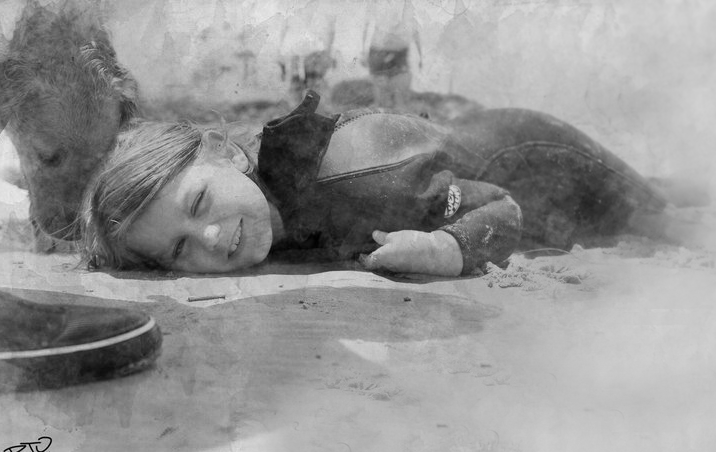 ​Dr. Clare Cunningham, led a study that show's a dog's ability to understand humans is innate and isn't dependent on training. She said "As they get to know particular humans, they pay more attention to them and this may mean they can read and even predict human behavior with more efficiency as familiarity grows."​​

In Ricochet’s case, she doesn’t need familiarity to read a person or predict behavior. She just knows who’s broken. She knows what individuals need her in one capacity or another. I could put her in a room with 100 people she doesn’t know that all look the same, and only one would be sick. Ricochet would walk right up to the person who is sick. ​​

I believe dogs possess innate intuitive and psychic abilities. They are sensitive to many things we are not. Dogs have been said to have ESP (extra sensory perception) because they are so in tune with us. Sometimes it seems like they can read our minds or know what is going to happen before it does.

In Sylvia Browne's book, Insight, she depicts animals as being..."God's most perfect creations." According to her, they are..."Angels living among us." Furthermore, she believes that animals..."are the most naturally gifted psychics on earth" and possess, "uncanny intuitive survival and communication skills..."

Has your dog ever known something before it happened? Do they start looking out the window when it’s time for a family member to come home? Do you have telepathic conversations with your dog? Do you get thoughts that aren’t yours? If not, just open yourself up to the possibility. Quiet your mind and just “be” with your dog. Don’t be surprised if you start getting thoughts that you didn’t expect!​
Next up: Taking responsibility